An Important Festival for Asbury Park

The annual Asbury Park Music and Film Festival (APMFF) not only contributes to Asbury Park’s musical legacy, but also serves as one of the primary source of fundraising for the Foundation. We are grateful for the support of APMFF, its sponsors and all of the film festival attendees whose contributions allow us to run our youth programs and events throughout the year. Founding sponsors RJW Barnabas Health and the Asbury Park Press and Presenting Sponsor First Atlantic Federal Credit Union are joined by and Sony Picture Classics, Tito’s Handmade Vodka, Jersey Mikes, iStar and NJBiz.

Our thanks to the APMFF crew, the artists and many volunteers who make this festival a great success. See the full line up for 2019 at www.apmff.org. We do not run the film festival so please direct all inquiries to the contacts listed on this page: http://www.apmff.org/about/.

After a successful launch event in 2015, the APMFF has established itself as a major festival attracting attention nationwide. The Festival has featured major music-oriented films (Miles Ahead, Jaco: The Documentary Film, Take Me to the River, panel discussions (Don Cheadle, Chris Thomas King and Colin Hay), and musical performances (Preservation Hall Jazz Band).

The co-directors of the festival, Tom Bernard of Sony Picture Classics, Tom Donovan of the Asbury Park Press and photographer Danny Clinch, all have personal connections to Asbury Park. Tom Gilmour, Board Member of the Asbury Park Music Foundation, was a co-founder of the event in 2015. The festival adds to Asbury Park’s artistic and economic revival. With the funds generated, the benefits of this revival will extend to the under-served youth of our community to build for a better tomorrow. 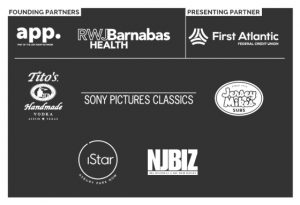